What is a Smart City and how can we benefit from it?

A Smart City is constructed to enhance the lives of people living in it. It enables a more sustainable and efficient living for its citizens by using smart traffic lights, improving the pollution in the city or the healthcare system. 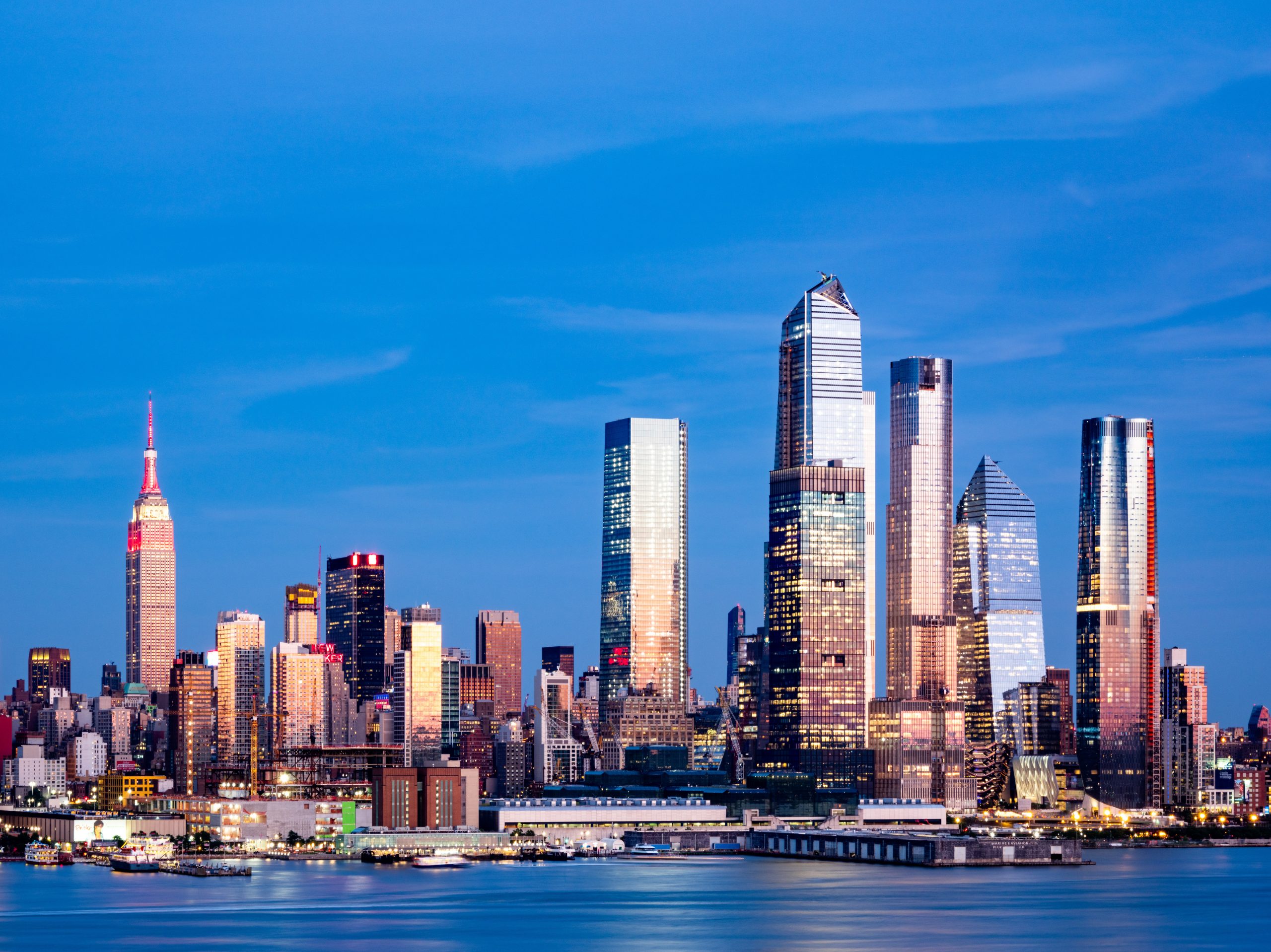 What is a Smart City?

We already have something called a smartphone or a smart home, so it was only a matter of time until these technologies are applied on a larger scale: So-called smart cities use information and communication technology in order to tackle challenges and to create sustainable and technology-based infrastructure. This helps to make the most out of limited resources and to understand and control how the city works. Even Romans have used the concept of a smart city by installing drain systems or through aqueducts. It is nothing entirely new to this concept, but the execution is.

Nowadays we can not just improve our water systems, but also how we go from A to B within a city in the most efficient way. In order to follow through with this concept, a smart city is able to use different kinds of technologies, such as Machine Learning, Application Programming Interfaces (API), or artificial intelligence (AI).  But it is important to note that the citizens also play an active part in creating the smart city. The city is gathering data through various tools. They collect data in real-time from traffic, water quality, electricity use, and more. Without people actively using it, there is no way to gather as much data as possible in order to optimize certain processes. For example, sensory plates in the ground determine the parking behavior of the citizens for optimization in that area.

This sounds great in theory, but how could it look like in reality? Some cities already implemented some technologies into their structure. The highest-ranking smart city is Singapore. The city has taken a lot of steps so far to make itself “smarter”. For example, they have digitalized their healthcare system: TeleHealth allows the citizens to have an online appointment when there is no way to meet in person. TeleRehab on the other hand allows patients to do exercises in their homes. Wearables such as smartwatches, track the movements, heart rates, etc. Singapore helps its citizens to transition to a smarter city by using artificial intelligence. For example, the TechSkill program educates about 12.000 professionals and students on AI.

Another example of a smart city – or even smart cities – is located in England. It ranks in 3rd place on the smart city list and by turning their city into something smart, they are trying to tackle certain problems. One of many projects is the so-called “Future City of Glasgow”. During this project, many things are being piloted such as energy efficiency solutions, walking apps, or intelligent street lights. As mentioned before, the community also plays an important role in this development, as the city is creating personas based on research to keep the project focused on the citizens.

As mentioned before, smart cities can bring a lot of advantages to their citizens. The primary goal is to save resources and make the life of the citizens more comfortable and efficient. But not only humans can profit from the newly implemented technology, but the environment as well. Gathered data can tell us how much energy or water we use and how we can use it in a more sustainable way.

Smart Cities help to save the environment

Now, let us take a closer look at the benefits. Smart cities enable a lot of possibilities, not just towards their citizens, but also towards the environment. It provides a way that makes the most of our limited resources without harming them. For example, so-called smart grids help the citizens to optimize their energy flow. These grids gather data around how the citizens use electricity and can tell the user how to optimize the usage. Next to optimizing energy use, smart cities are also able to improve air quality. Tracking devices can identify places in the city, where the pollution is the worst and also identify the cause of the pollution.

A smart city also helps the infrastructure: Buildings or roads need maintenance work and technology can tell when these need work to be done before infrastructure failures. Next to the environmental and infrastructure benefit, smart cities enable their citizens for digital equity. The city can provide better Wi-Fi spots for everyone and even offer skill training. Additionally, smart cities need to provide affordable devices, so every citizen can benefit from their features. As mentioned above, this is also beneficial for gathering data. It is a clockwork, where every gear wheel plays an important part. All of the gathered data allows for a stronger decision-making process.

A smart city cannot just optimize the environment and decision-making for the government. It also helps to make the life of the citizens more comfortable as well. It can offer a more comfortable life by providing public Wi-Fi, smart parking, or other transportation services. For example, there are a lot of people using the bike daily in Copenhagen. The city plans to use an app that helps the citizens guide through the streets and how fast they need to be in order to reach the next green light – or even shows the burned calories and distance cycled. Smart Cities are able to cover a lot of areas, such as health or education. As another example: The city of Chennai in India has partnered with Samsung to bring smart technologies into their classrooms.

As always, there is a dark sight – light casts shadows as well. A smart city sounds like a utopian concept full of promises. It is also important to consider possible disadvantages for such an ambitious concept. It is important to keep in mind, as this is nothing that is done overnight, but needs careful consideration and planning. During the planning phase, it is essential to also consider these downsides as such an investment can become quite expensive.

Implementing such technologies and making them affordable for the citizens is not cheap. After all, a whole city needs to reposition certain systems or reconstruct buildings. Furthermore, these technologies need maintenance and professionals who take care of them. As mentioned above, smart technology needs devices, it can communicate with. For example, if this technology is used for optimized cycling routes, there needs to be a way for the citizens to know what options they have. Providing devices cheap and also the aforementioned training is costly as well.

Collecting a lot of data and educating people

Another possible issue is the data itself. Some citizens might not want to share their data with the government.  People might feel that their privacy is invaded and they refuse to provide the city with necessary data. Of course, these systems collect a lot of data and that can make the person in control very powerful. They know the citizens’ behavior and are able to control the city. People might fear that they are being manipulated or controlled by the government. Additionally, some citizens might be unaware of technology which would result in getting people confused. Of course, the city can offer training, but it will take a while until everyone receives it – especially in large cities. Some might even refuse the training altogether.

Too much reliance on technology for decision-making

Another problem is relying too much on technology. As we talked already about the disadvantages of artificial intelligence, a part of it was laziness. Some doctors rely too heavily on modern technology for a diagnosis and the same problem could happen with smart infrastructure. Due to the improvement of decision-making, cities could become incompetent in doing so without any technology. They will wait for the system to tell them what to do which makes them lose autonomy. Technology is not perfect and can also mishandle a situation or not react accordingly, due to having too little data to work with. Humans need to provide the data for the machines. If data is not applied carefully, even a supposed unbiased technology can turn biased.

In the end, it is important to carefully think about the benefits for the citizens and the environment. Smart cities are already coming but still are still in the early phases. Technology or the processes might still be improved or completely new concepts might emerge. Since such an undertaking is quite costly, city officials need to consider if such a concept makes sense for their city and if it benefits them in the long run. Nevertheless, it is an interesting concept that tries to improve life in many aspects. What do you think? Is this a sustainable concept? Would you use such technologies if they were available in your city? Or do you have more ideas on how to make a city “smart”? Let us know in our discussion group on smart cities here (or click the button below)!

You want to discuss more about this topic? Join our Strategy Group on Smart Cities and continue the discussion on wethink.eu! Click the button below to register and to join our groups. If you are not sure how to do that, check out our FAQ page or contact us at info@wethink.eu.

Recycling plastic has become an important task for us. Every year, about 8 million tons of plastic are released into the ocean globally. We are in need of different ways to recycle plastic and there are already some rather creative and innovative ways to do so.